What Is Celiac Disease?

Celiac disease, also referred to as “celiac sprue,” is a hereditary condition that primarily affects those of Northern European descent but is increasingly reported in other countries. Up to 1% of the population reportedly suffers from celiac disease, although this number is likely underestimated. That means that there are people living with this disease that still remain undiagnosed.

Celiac disease is an autoimmune condition—a disorder in which the immune system produces certain proteins (or “antibodies”) that regard specific parts of the body as “foreign” and consequently mount an attack. Examples of other autoimmune disorders you may have heard of are rheumatoid arthritis, Graves’ disease, type I diabetes, and lupus.

In celiac, the immune system mounts an attack when gluten (a protein in wheat) is specifically ingested in the diet. The immune system then inflames and injures the surface lining of the small intestine in response to the consumed gluten, producing unwanted symptoms. Fortunately, this process often improves once gluten is removed from the diet.

The tricky thing about celiac disease is that the produced antibodies don’t just attack the gastrointestinal (GI) system—they can attack other body parts from the joints to the skin. Therefore, people can present with a constellation of vague symptoms that can mimic a lot of other disorders. And unfortunately, this can sometimes make Celiac disease a challenge to diagnose.

Celiac disease also easily confused with other common GI disorders, such as lactose intolerance and irritable bowel syndrome (IBS), which makes it even a greater challenge to pinpoint. So, it’s vital to become familiar with symptoms of celiac and get tested if you think you may suffer from it—especially if you have a family member that is affected.

GI manifestations of celiac are common. However, they may be mild, vague, or even absent altogether. Patients with GI symptoms often report the following to some degree:

Other non-GI symptoms often accompany celiac disease, and it’s important to note that sometimes they may be the only symptoms that patients exhibit. These include some rather vague symptoms such as:

Not only can celiac disease cause distressing symptoms that may impair quality of life, but it also carries the risk of some potentially serious complications if left untreated, such as:

If you display symptoms of celiac, your doctor can screen you using a blood test initially. It’s vital to note, however, that the test is more diagnostic if a patient has been consuming a gluten-rich diet. If you’ve stopped ingesting gluten and the test is performed, it may produce a false-negative result (falsely show that you don’t have the disease when you actually do).

In adults, the preferred first test is to screen the blood for the antibody called immunoglobulin A (IgA) anti-tissue transglutaminase (TTG), which has up to a high accuracy of about 98% (as long as the patient has been consuming a gluten-rich diet). If the test is positive, the next step is often a referral to the gastroenterologist for a biopsy of the duodenum, the initial part of the small intestine, which often displays characteristic microscopic inflammation and injury to the small intestine lining that often confirms the diagnosis.

Thankfully, there is a relatively simple treatment for celiac disease—the avoidance of gluten in the diet… for life. No need to take a pill every day.

However, this is much easier said than done--because gluten is a component of many foods that we consume and a challenge to eliminate. In addition, finding gluten-free alternatives can sometimes feel like a scavenger hunt. But, with more people turning to a gluten-free diet for various reasons (not necessarily due to a celiac disease diagnosis), the food industry and many restaurants now offer more gluten-free choices than ever before. There are now numerous gluten-free products available on the market, including everything from pancake mix, pastas, snacks, to baking products.

Note that a gluten-free diet isn’t always the healthiest choice if you do not have celiac disease, placing you at risk for various other nutritional deficiencies such as iron, folate and necessary vitamins. Talk to your doctor before you decide to give up gluten, and surely get tested for celiac before doing so if you have symptoms.

It’s important to make certain you’re obtaining certain nutrients and vitamins in your diet if you’ve gone gluten-free. And if you’re unable to obtain it through your diet, be sure to supplement with folate, B vitamins, and the fat-soluble vitamins D, E, A, and K. Beware that some supplements may also contain gluten, so it’s wise to read the labels in order to select those that are gluten-free.

Just to give an idea, here’s a list of ingredients to avoid if you have been diagnosed with celiac:

Pay attention to the following foods that commonly contain gluten, especially when eating out:

Always read the food label to confirm that it complies with the Federal Drug Administration’s (FDA) requirements—gluten-free labels mean that the food item is either “inherently gluten-free” or contains less than 20 parts per million (ppm) of gluten.

This article is written by Dr. Sanaz Majd, a board certified Family Medicine physician practicing everything from pediatrics to geriatrics in sunny San Diego. With a teaching background, and after 10 years of podcasting as the “House Call Doctor” host for Macmillan Publishing, she now hosts her own medical YouTube channel. The “Majd MD” channel focuses on health topics geared towards the busy person who may also not have the luxury of time but has a thirst for knowledge. You’d be surprised to learn how many conditions can actually be treated without having to wait at the doctor’s office. Learn more at www.youtube.com/c/MajdMD.
Previous Article
Natural Ways to Get Rid of Blackheads
Next Article
What is dry brushing and what are the health benefits? 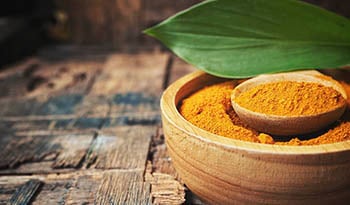 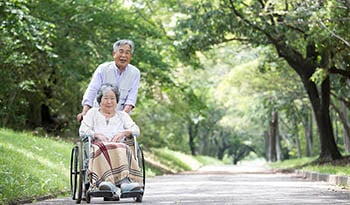 A Natural Approach to Alzheimer’s Disease

63,277 Views
What if Dementia and Alzheimer’s Disease could be reversed? Would it surprise you if this could actually be done? You’re probably thinking that if this were true, you would have seen this on the news or read about it in a newspaper. But the fact is, researchers at the University of California Los Angeles, UCLA, reported success in reversing symptoms of Alzheimer’s back in 2014 in a journal article was called “Reversal of cognitive decline: A novel therapeutic program” The lead researcher Dr. Dale Bredesen describes his journey with patients and the comprehensive protocol he uses to help those with dementia in his 2017 book The End of Alzheimer’s Disease. We will discuss his recommendations.

How to Manage Parkinson’s Disease Naturally

8,311 Views
Pharmaceutical medications are often a must for people with Parkinson's disease, but there are natural ways to reduce symptoms and promote overall health, too.